Hello from gorgeous Costa Rica!!! If you're in north America and you watched TV on Wednesday night you might have figured out the mystery of my Times Square billboard - The billboard was actually part of last weeks Project Runway challenge which was won by Gretchen Jones. As part of her prize I was asked to model her navy jumpsuit to appear on the Marie Claire campaign. So the big secret is now out, which is good, it was getting pretty awkward keeping it -  even my Auntie was trying to get the info out of me!!! For more information on the episode click HERE and for a cute little article about the Project Runway preview party I went to last week go HERE. 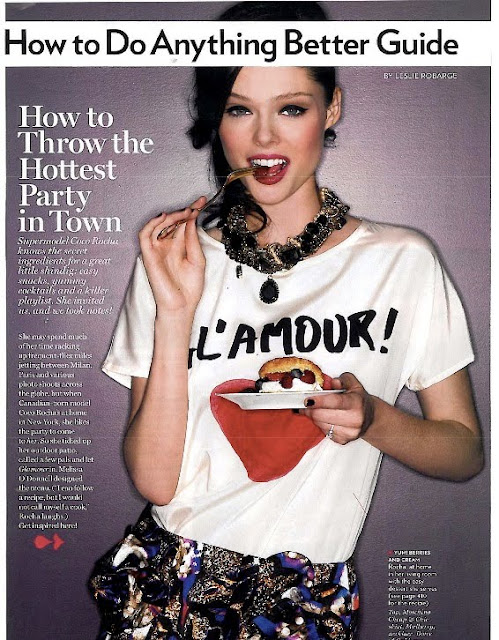 This months Glamour magazine has a fun little feature called the "How To Do Anything Better Guide". A few weeks the magazine came over to my apartment with the chef from New York City's SALT restaurant to help me throw a "better" party for some of my friends. I was taught a few interesting new dishes and mixed drinks and the magazine asked me to give my own party-throwing advice (though I'm probably the least party-minded model you'll ever meet). I

I will admit, the party playlist leaves something to be desired, I thought they were asking whats on my iPod right now! Opps... I do love myself some Cocteau twins though. 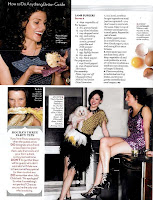 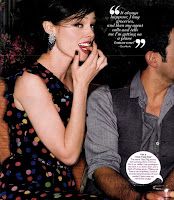 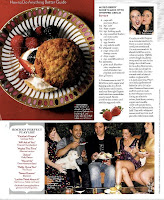 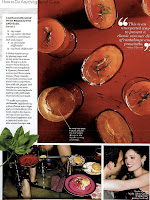 you look gorgeous as always in the glamour magazine article. you are so unbelievably photogenic!

Aha! I'm glad i was able to see that Project Runway episode, I would've been forever confused! Congratulations to Gretchen, the billboard you modeled for looked fantastic, as did the jumpsuit (lucky designer) and I'm definately wanting to see Glamour magazine's spread of you. Now everyone will know how to party Coco-style! lol
xoxo

Oh Coco, why are you so damn adorable! <3

You look gorgeous in the first photo...love the whole look. Also loved the Glamour feature...fun to see what are your Do's

oh i'm so jealous that you're in costa rica!
i was there for a month almost three years ago. and i want to go back so badly. rainforest trek was amazing. and so was helping a rural school out.
have an amazing time and take lots of photos :) xx

wow, you're awesome. I love your job! kisses from Spain :)

It is always nice to see your work.
Also is fun to see What are you doing.
Regards from Madrid!

And I love Gretchen's outfit and I saw how you looked on it. You look totally gorgeous like you have always done! I totally like the first photo and I like your shirt a lot where did you bought it? you rock girl!

I admire you so much, it will be great if you comment my blog.

coco what is on your mind when u strikes a pose?? :)

clever t-shirt! hopefully one day, i will get to styl you for a photoshoot with some outrageous props! best wishes for you and your hubby.

That top is OH-So-Cute<33
come check out blog: http://thefashiondiary-zita.blogspot.com/

I just love your blog!!

I held my breath when I saw the way you were working that jumpsuit at the shoot. Kinetic energy!!!

What a great shot! Nothing better than having a chef come & cook for you...I would love that (I'm a "Brady Bunch" mom that hates to cook!)

My hubby's mom is from Costa Rica but we haven't gone yet. Be sure to post some pics!